Documented by Edward Biggings’ Granddaughter, Irene Hockridge Biggings. Irene was a teacher in Sault Ste Marie from 1920 until her retirement in 1965.

On November 17, 1857 Joseph Sayers Chief of the Indian Band in Sault Ste Marie bought 6.5 acres from the Crown. He held it for 2 years and on Nov 21, 1959 he sold the 6.5 acres to Mr. Richard Carney who held it for 17 years. At this time Mr Carney was living on Great Northern Road (Later called Pim St.) near Front Road (later called Queen street) and it is thought that he used this land as pasture land. It extended from the river’s edge to near Wellington Street, and a lane extended a short distance into the property.

On October 20, 1876, Mr. Carney had the property north of Front Road surveyed by the Traynor Survey and it became known as the Carney Subdivision.

On Nov 15, 1876, Mr. Carney sold the south half of lot 1 to Edward Biggings for $100 and on June 19, 1878 he sold the north half of lot 1 to Edward for $100. Carney’s Lane was then known as Biggings Lane and as Edward acquired land the name was changed to Biggings Avenue with plenty of room for a horse and buggy. Edward eventually owned lots 7, 8, 9, 10, 11,12, plus the lane, approximately half of the original subdivision.

In later years Edward tried to interest the man who owned the western side of the subdivision in donating a narrow strip to widen the Avenue but he did not wish to cooperate as it would shorten his lots too much. In time the town authorities expropriated from lawns on both sides. 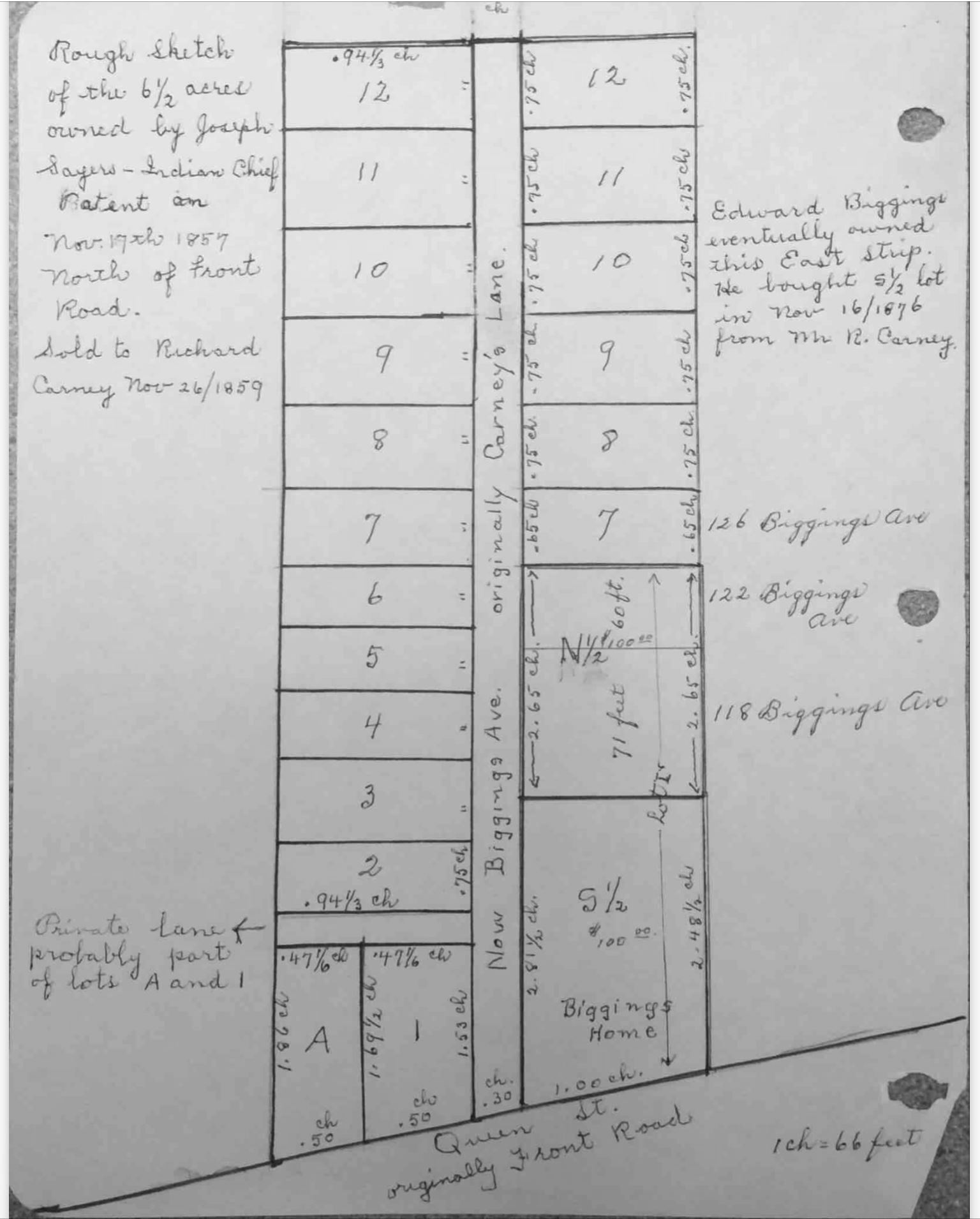 The House Photo is scanned from a negative. I plan to mail negatives to Stone’s Office Supply and have them digitized. 🙂 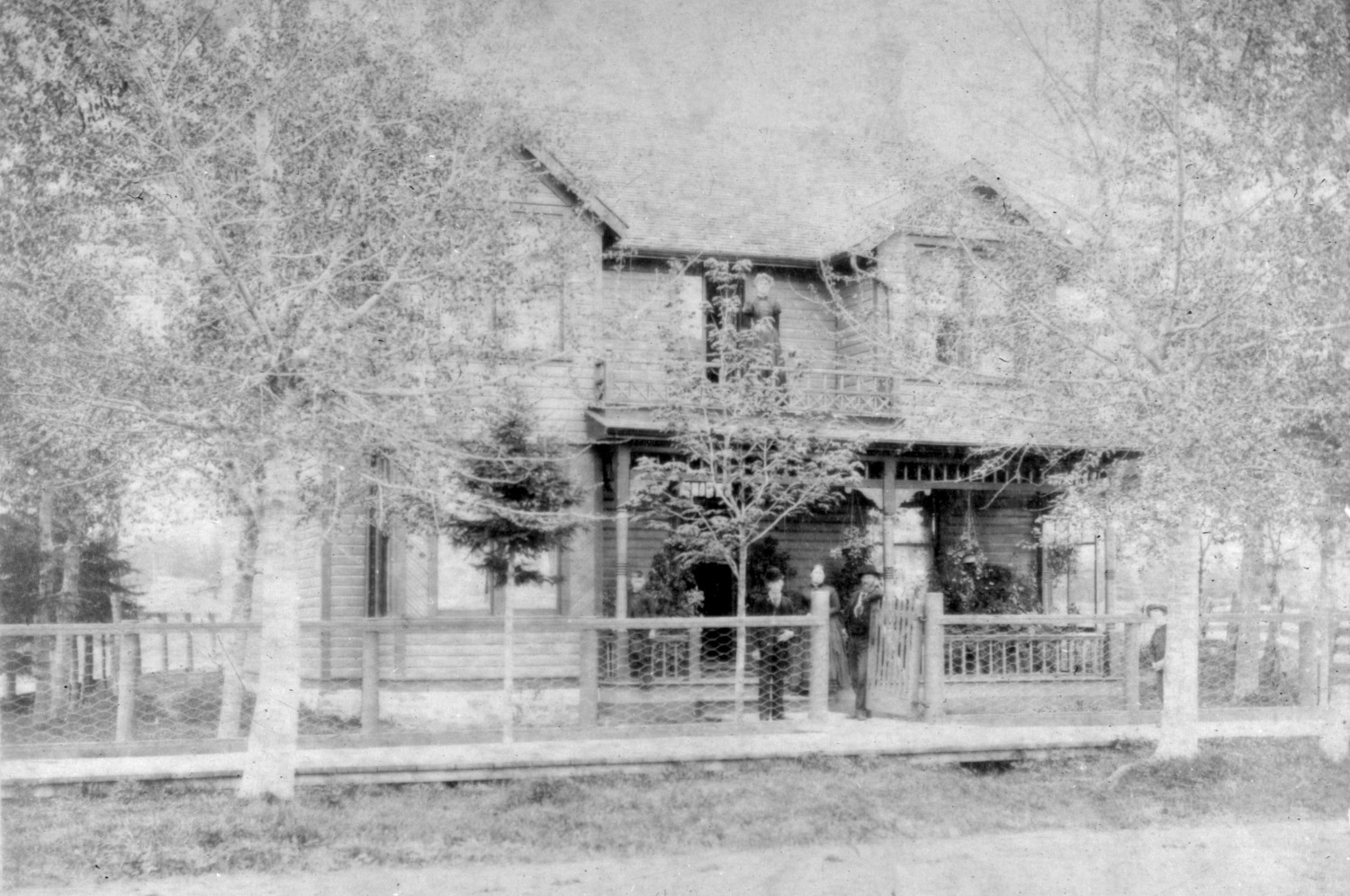 Edward & Eliza with possibly one of their oldest sons, Robert William, or John Cornelius

Could the woman on the balcony be Eliza or Edward’s mother? We do not know. 1881 Census does not show an older woman living in the house. 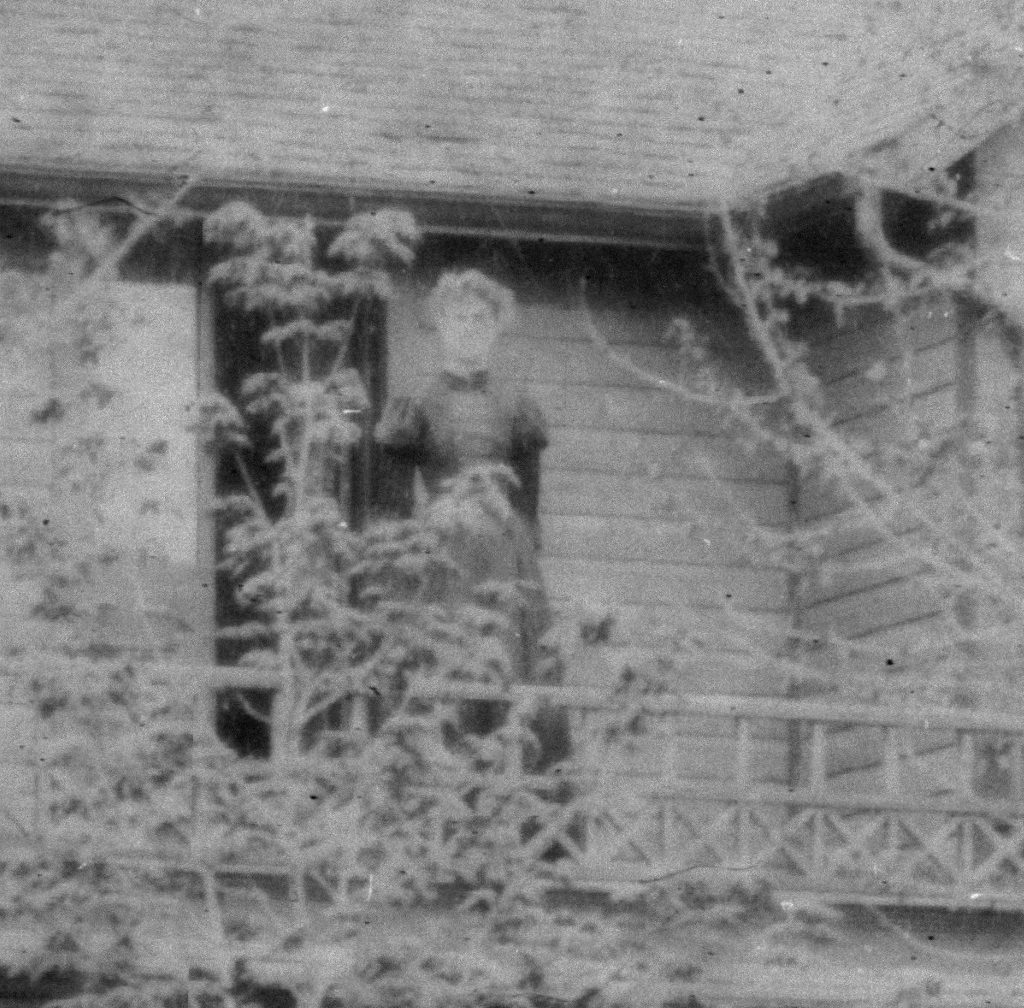 Irene Biggings writes about the house, as she remembers when she was a young girl –

It was a pretty yellow frame house with maroon trimmings set on a stone foundation. Large trees and bush grew close to the property line on the east, a small clearing to the North, many vacant lots, some small quite practical five or six roomed, quite ordinary frame homes, and some bush to the west as far as Pim St. To the South one particular fine clump of balsam but mostly an uninterrupted view of the river. From the upper balcony one could have a really lovely view.
There was enough traffic on the river to make it interesting; sailing ships being towed in by lighters and side-wheelers chugging along using the Harvey Lock on the American side to reach Lake Superior. Occasionally propellor driven boats of slightly deeper draught would be seen. These became more numerous as dredging contracts were issued.
Stepping through the front door one entered a centre hall, on the right of which was the front parlour containing a mohair upholstered walnut Victorian suite of furniture and an organ. Here callers and visitors were entertained and family worship held every evening.
On the left was the library and dining room commonly called the back parlour furnished with light oak and used for general family gathering. Both rooms were nicely carpeted and contained many decorative pieces, two large steel engravings, local paintings, portraits, the family albums, two glass domes each covering a bunch of flowers just to mention a few.
Across the back of the house was the kitchen, pantry, breakfast room and entrance to the stairway.
Upstairs the rooms were carpeted with 30” wool bought by the yard and the roll, cut into strips of the required length and sewn together y hand. The furniture was mostly light oak with the exception of one walnut suite.
At the back of the house was the well and pump in the huge garden, and over to the east side a very sturdy His’n’Hers enclosed with a high green lattice wall and this surrounded by tall thick lilac bushes.
Sons John and Robert remembered planting trees under “The Governor’s” supervision when they were quite young, maybe fifteen or sixteen.
Later on Edward modernized the house with it’s own private drainage system flowing straight down to the river. In doing this the foundations were weakened and in 1901 he sold the house to Mr. C. N. Smith, Member of Parliament, who rented it to anyone and everybody. It quickly went to rack and ruin and eventually was sold to Dr. Spratt who tore the old house down and built his own stone house on the corner.
As soon as Edward built the house, Carney’s Lane became Biggings Lane and then Biggings Ave. He never intended Biggings Ave. To be so narrow.
Already this locality east of Biggings Lane showed promise of becoming a very attractive residential section. At the far eastern end was the Shingwauk Home on the Northern side of the trail and built in 1875. Walking westward and on the south side was Bellevue Lodge the home of Col. Prince built in the 1860’s. On the north again Upton set well back among the trees and built by Wemyss Mackenzie Simpson in the 1860’s; then Bishiphurst built in 1874 also in the north. Still walking westward and on the South, the home of J. M. Hamilton, the Crown attorney, built in 1860’s and lastly on the north Edward’s smaller frame home.

I still have the Oak Bedroom furniture. Edward & Eliza’s portraits are above the headboard. People & beds were smaller in the 1800’s. I opted for a larger, double frame and mattress and stored the footboard & side rails in our shed. Unfortunately, they did not survive the 2012 Disaster. 🙁 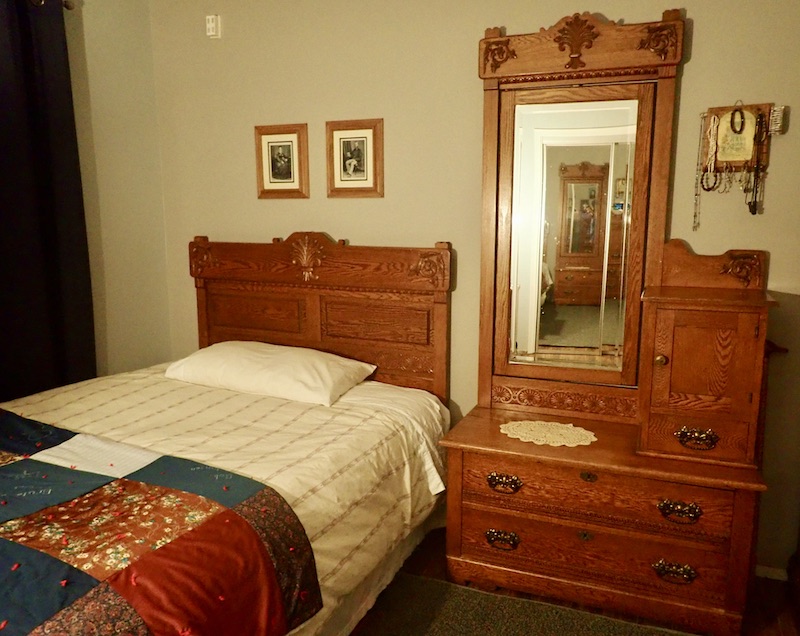 In article below, the Writer incorrectly calls the former Mayor, Charles, instead of Edward. Edward did have a son named Sam.  #38 (Now #112) Biggings Avenue is the first lot that Edward purchased and built his house. Irene says Dr. Spratt demoed the house, but this article says Charles Moore did. ? 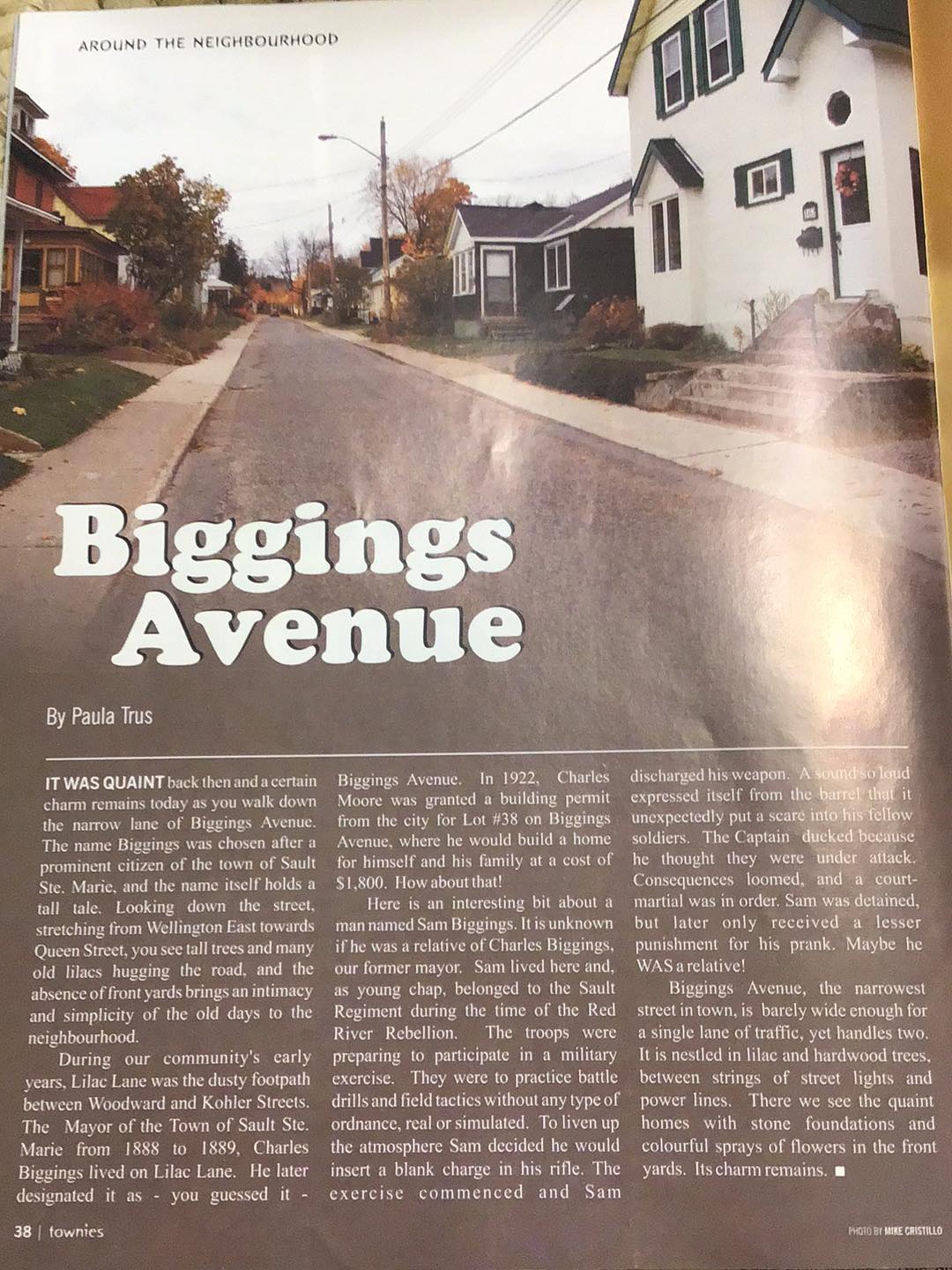 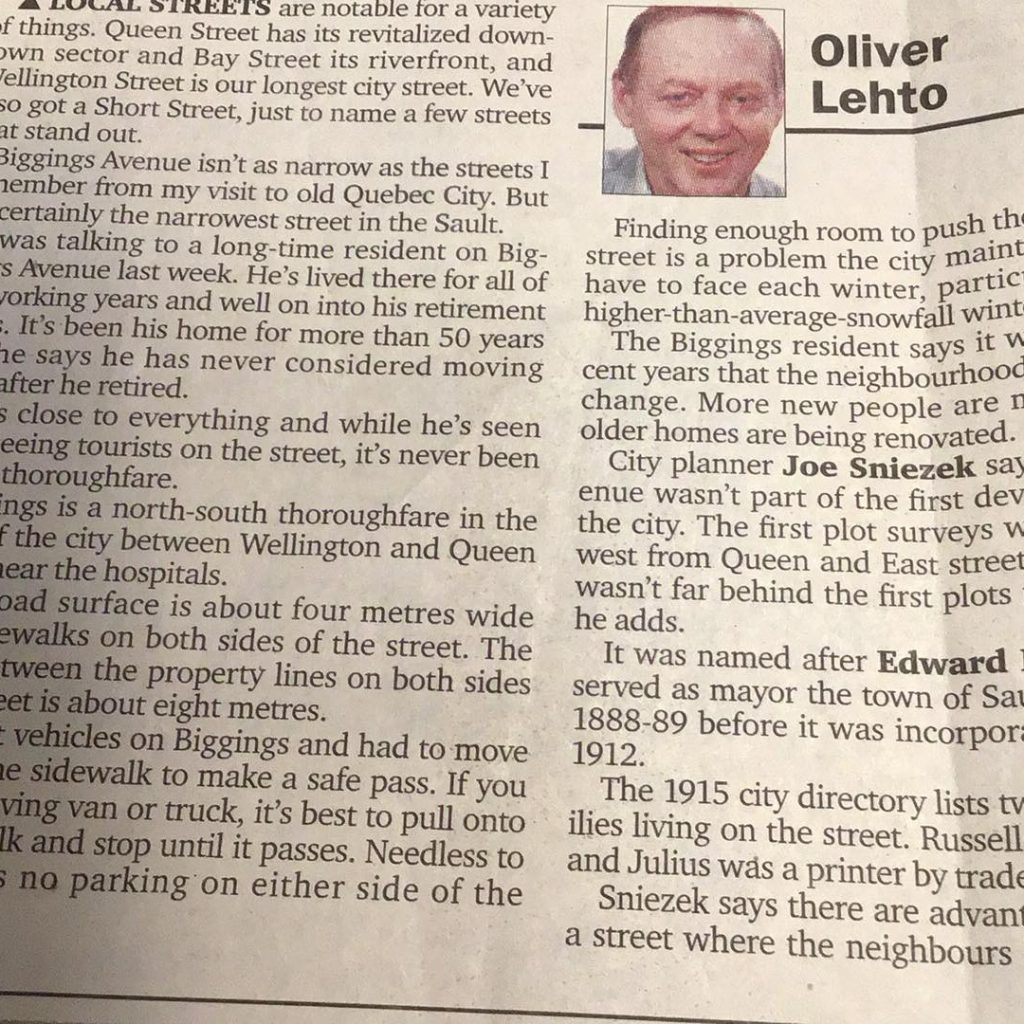 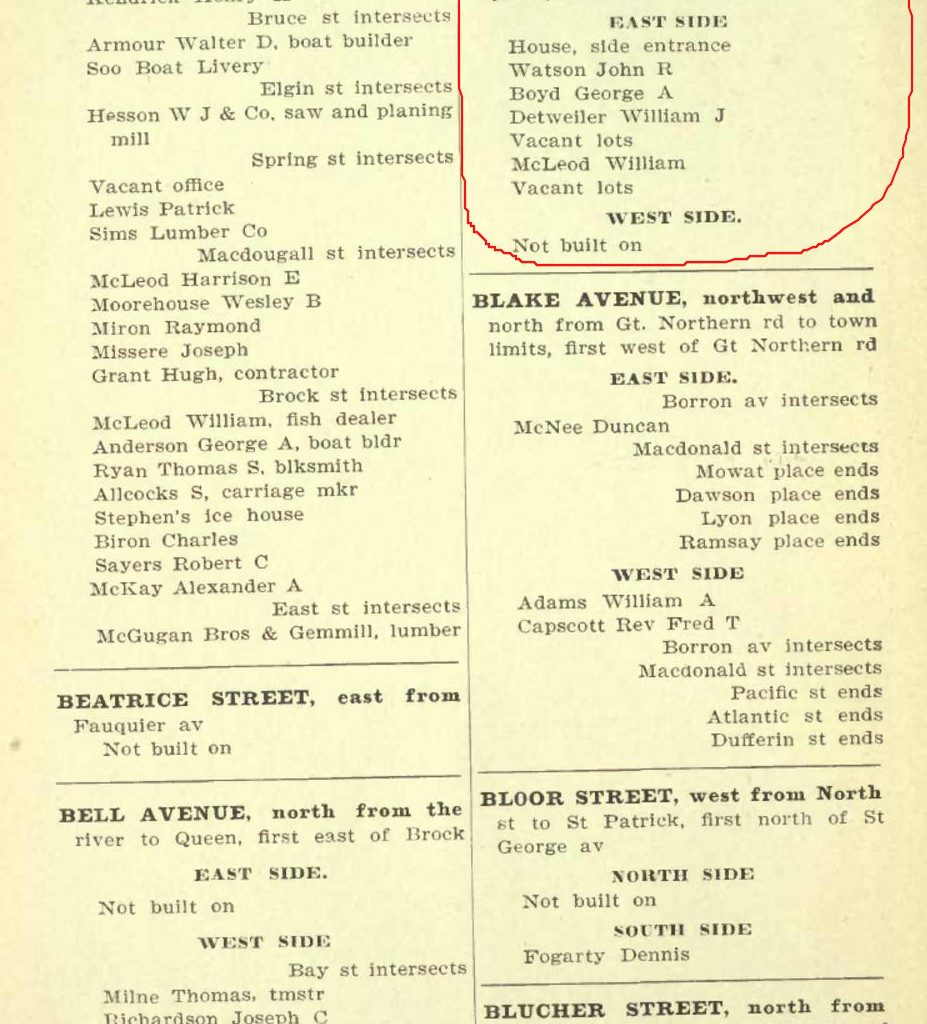 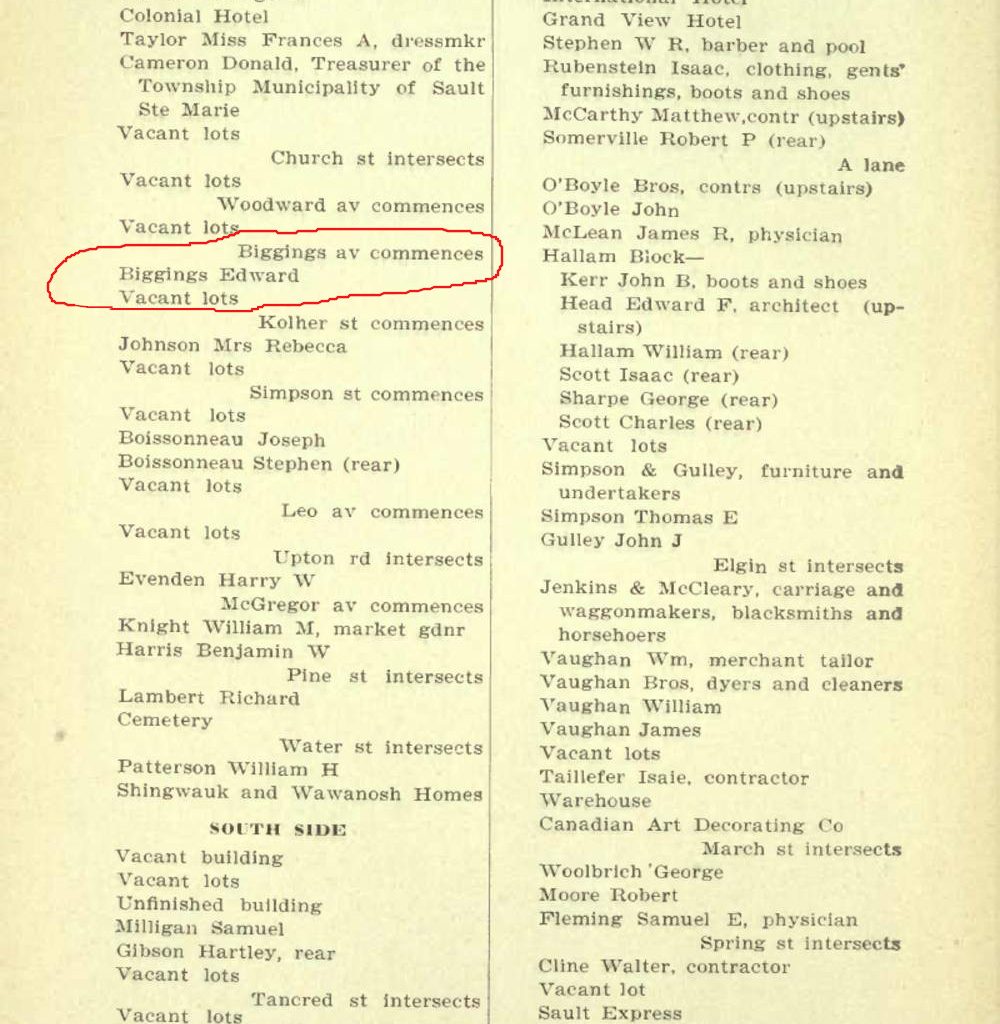 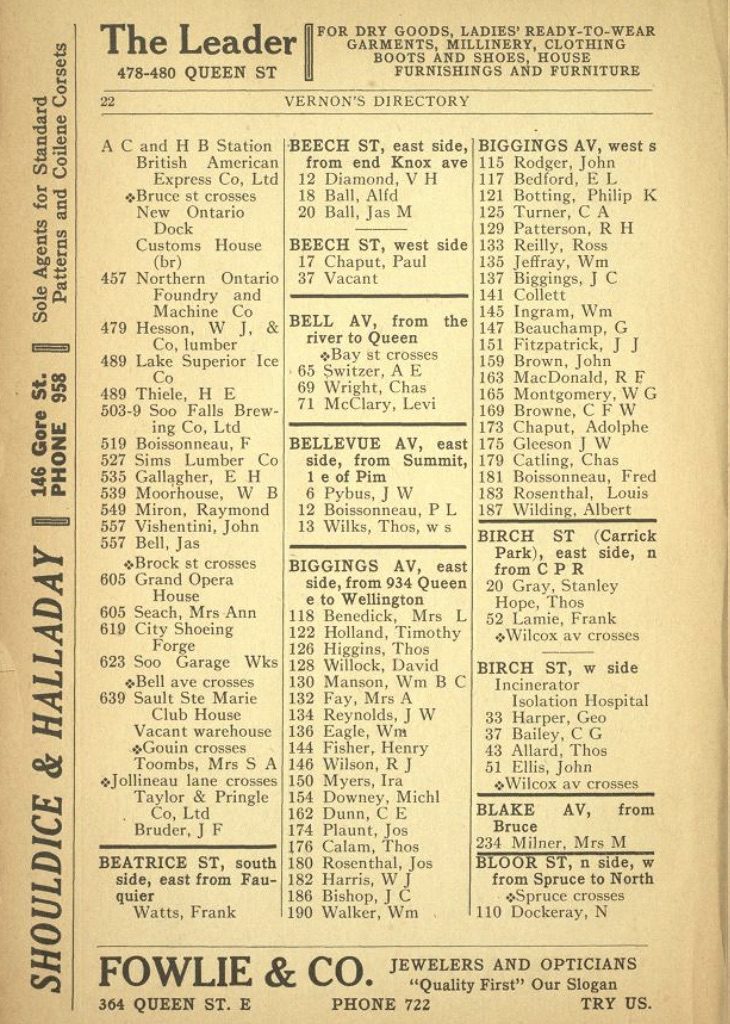 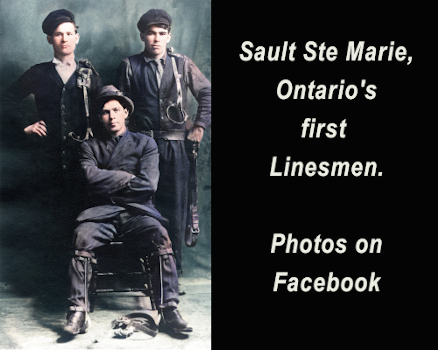 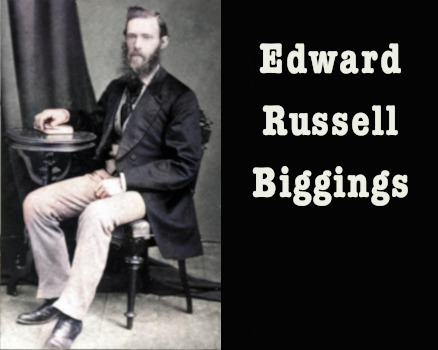 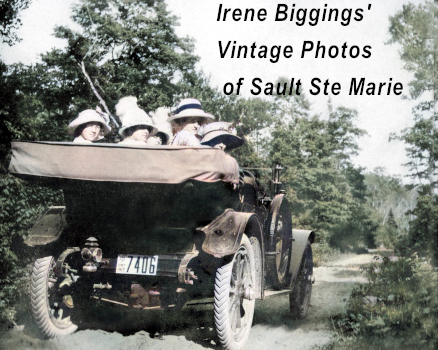